Considered the most exciting new talent in his region, winemaker János György has been running his family’s estate in Eger since 2003. The third generation in the wine world (his grandfather was a cooper and his parents planted the first vines in 1985), he initially trained as industrial engineer before becoming a winemaker. Under his supervision, 20 hectacres of vines and a 47 metre deep cellar have been added to the estate. György’s first Egri Bikavér won a silver medal at the Wine Olympics in Bordeaux in 2003. György and his wines have continued to gain recognition ever since. In 2011, he was awarded Hungary’s Winemaker of the Year as well as Businessman of the Year. 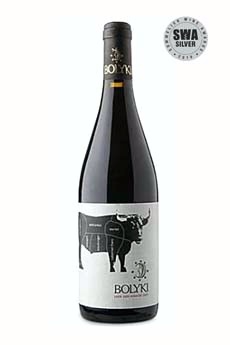